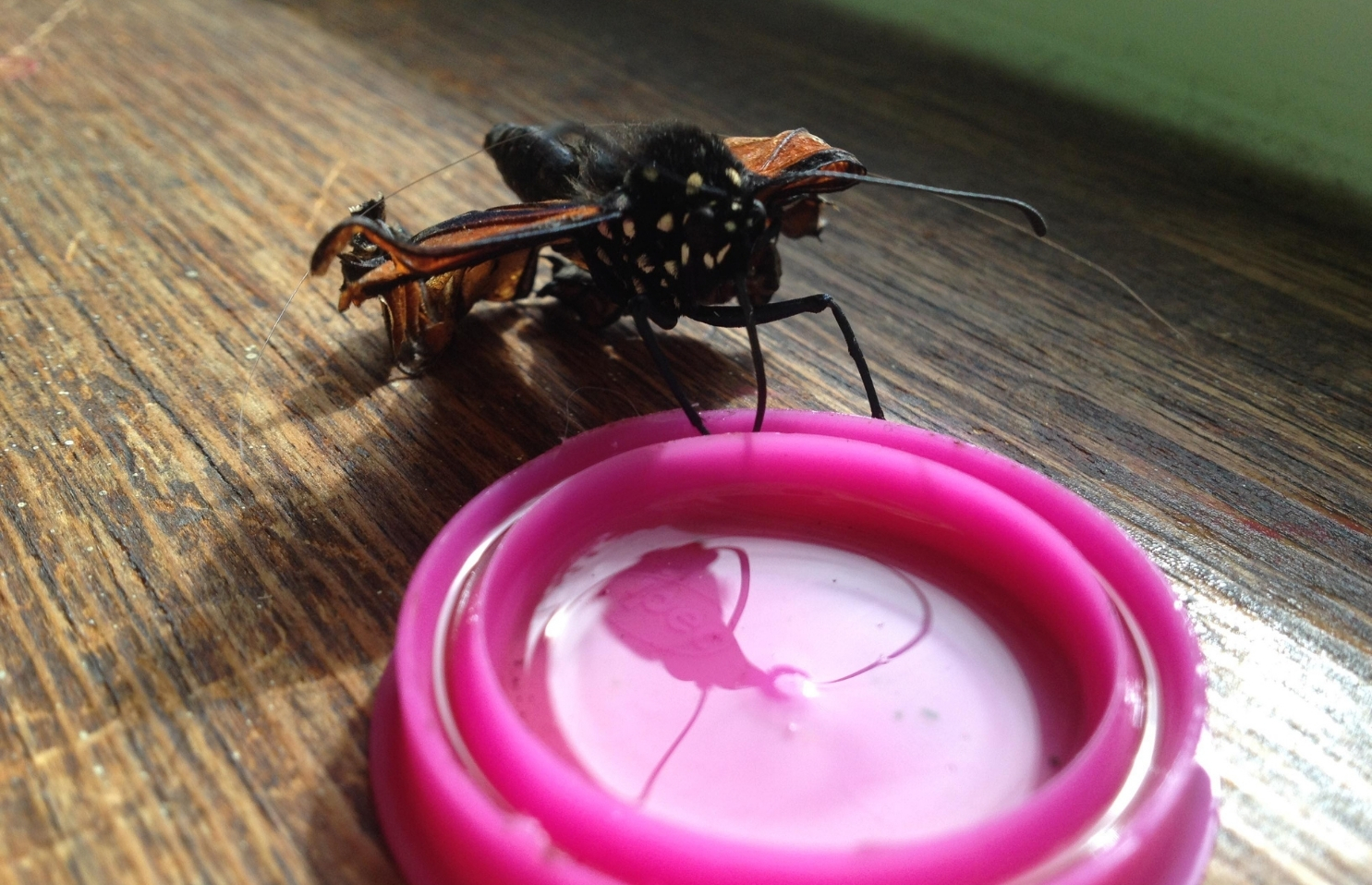 One day in September 2019, I was outside of a relative’s house, walking through the yard. I looked down and saw something strange in the grass. It was orange and crumpled. I looked closer, and could tell it was some sort of insect, but it looked quite unusual. I got really close to take a picture and realized it was a monarch butterfly, but I couldn’t figure out why it looked so wrinkled. I picked it up, gently, and it sat on the palm of my hand. It looked like it had no energy; didn’t even try to get away. I figured because of whatever happened to the wings, it probably couldn’t fly and therefore couldn’t get to food. I took the butterfly into the house and mixed some honey with distilled water. I put the honey water on a clean lid, and put it in front of the crumpled butterfly. I saw the proboscis uncurl and probe into the honey water. It was eating! I put it in a container deep enough it couldn’t escape. We kept the container near us that evening.

Some research uncovered some possible causes of the misshapen wings. One, the most likely reason, is a parasite that infects the butterfly, often making it too weak to stretch out its wings when it emerges from its chrysalis. Without stretching its wings before they dry, the butterfly’s wings stay wrinkled, and it is unable to fly. The only thing you can do for a butterfly in that situation is feed and shelter it, which I decided to do. Under normal circumstances, it would fly to Mexico for the winter and live for maybe 8 months. I couldn’t help with all of that, but could at least keep it from starving or becoming something’s meal.

The next day, we left to visit other relatives and then go home as we had planned. The butterfly went with us, in a small container, after we punched holes in the lid for ventilation. I added the lid of honey water and some plant material for comfort, and we were on our way. I checked on it frequently, and it seemed okay. It was a long day for all of us, unfortunately. The drive home was several hours, but the butterfly made it through everything. I found an empty aquarium we had once we got home, and prepared it for my butterfly. I added dirt on the bottom, a few stones, and a small dish for the honey water which was keeping it alive. I also went out and picked some flowers from the yard. I pushed the stems into the dirt and poured water in the dirt, which kept the flower blooms open for several days, much like when you put flowers in a vase with water. It was nice to see the butterfly feed from the flowers, like it would have done outside

My son did a little research, and determined the butterfly was female, based on the pattern on the wings. I decided to just call her Sweetie, since that’s what I kept calling her while trying to come up with a name for her.

I kept her in a room where the cats couldn’t get to her. I think they didn’t like that I kept that door closed! But I needed to keep her safe. Every morning, I would go into the room and check on her. We had a routine. I would take her out of her home, and let her walk around a bit while I cleaned her food dish and fill it with clean honey water. I would put her in a spot with sunshine if available. After I sprayed her tank with some water, I would hold her and she would uncurl her proboscis and eat. Most days, she would crawl all over my arms, not wanting to be set down. She would almost always eat while sitting in my hand! Sometimes, I set her and her food on the window sill, and she would walk around in the sunshine and sip her honey water. The sad thing is, once she was done eating, she would have energy and try to fly. With her wings all crumpled, she wasn’t able to do so, but would keep trying. I would allow her to try for a few minutes so she could get some exercise, but then I’d put her back in the tank so she wouldn’t wear herself out or get hurt. I always kept fresh honey water in her tank in case she wanted to eat when I wasn’t there, but I also always made sure I saw her eat every day. There were a few days it was warm enough to take her to our backyard to sit in the sun in the grass, and I even put her on some flowers to feed.

I would visit her at least twice every day to check on her. I often took pictures and video of her. She was so cute and sweet! I figured she probably wouldn’t live a normal lifespan, but wanted to give her as much time as I could. Almost a month after I found her, she seemed very tired, and didn’t do much. Finally, she stopped eating, although I held her for quite a while each day and tried. Each time, I set her down gently next to her food in case she decided to eat while I wasn’t there. One morning in mid-October, she was sitting next to her food bowl, just where I left her the night before. I picked her up, and she barely moved. I let her sit on me for a long time, but she wouldn’t eat or anything. She finally just stopped moving, and didn’t even react when I set her down. I still held out hope that she was just tired, but later that day, she was in the same position she had been in the morning. I left her there for a few days, just to make sure. I also wanted to make sure that whatever parasites she had would die and not infect other butterflies. I waited a few weeks before I dumped out the contents of her tank. It seems like she died while I was holding her that one day, because she didn’t move after that. She lived for 26 days in my care. She didn’t live nearly as long as her peers, but I figure she lived 26 days longer than she would have had I not found her and taken her home with me. When she did go, she did so peacefully.

I Thank God For You: A children’s book every parent must have 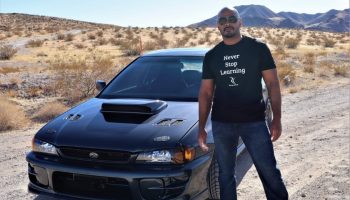 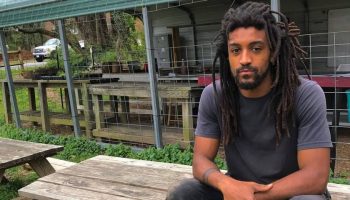