Annual Around The World Potluck 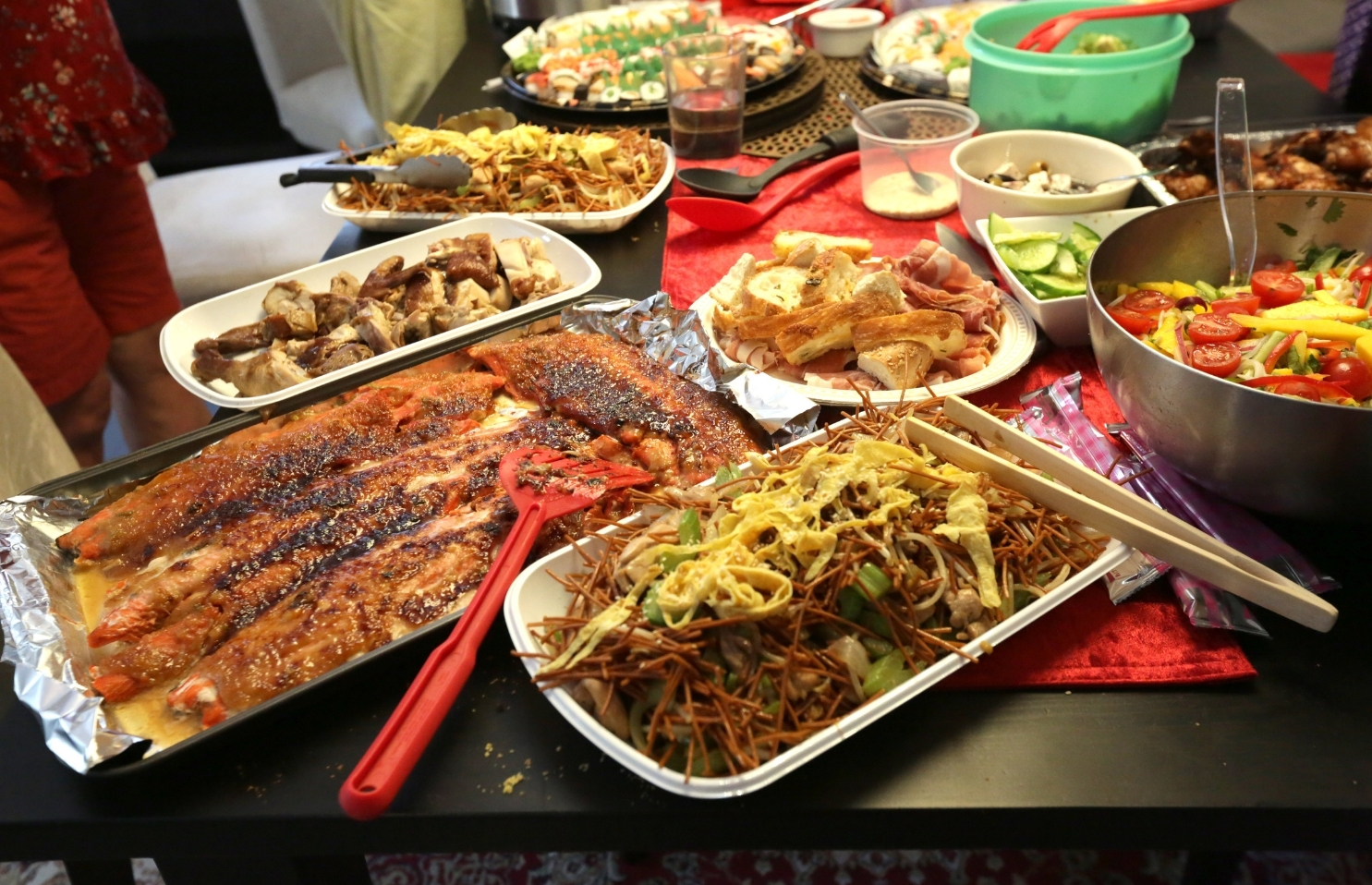 We were happy and excited to go to the 5th Annual Around the World Potluck dinner at the local middle school, hosted by their Multicultural Committee.  One of our staff members made some absolutely fabulous Moroccan couscous to take and share.  I’ve been to a few of these international potluck dinners, and always enjoy the opportunity to try new foods from all around the world.  One bonus about this one was all of the entertainment.

The first thing I did after arriving and placing our dish on the table was to take pictures of all of the other different foods.  Some were still covered, but I got the cards with the names of the dishes.  The organizers of the event sent out a flyer that had some really good information on it.  For one thing, it reminded people to take a serving utensil, and also asked for a card with the name of the dish and the ingredients for everyone to see.

The cafeteria was the perfect place to host this party.  There are already flags from different countries on display at all times, so some of the decorating was done ahead of time!  They did add cute little flags at the tables, too.

In addition to the food and decorations, there were also several activities to enjoy.  During the entire evening, they had face painting, paper cutting, board games including chess, and Chinese calligraphy available.  There was also entertainment.  One person played a Korean instrument that was kind of like a harp called a gayageum.  The German students sang and acted out a song called Fliegen Fliegen.  The French students did a song about pizza ingredients.  Some amazing Highland dancing from Scotland performed by 7th grade twin sisters, Florence and Grace South.  A young girl sang a song in German.  Some students did an Indian dance in traditional clothing.

Some of our staff members got the words “Health and Happiness” done in Chinese calligraphy.  It’s pretty enough to frame!

All in all, it was a very tasty and enjoyable evening!  Many thanks to the amazing job done by the wonderful Multicultural Committee at the Radnor Middle School.