Sometimes I put the apple slices in a bowl with lemon juice while I am cutting them up, and other times I put them in a bowl with sugar instead. It’s just to keep them from turning brown, which is kind of funny since they turn brown when they cook, anyway. I try to remember to sprinkle the cinnamon on before I put on the topping, but I usually forget. I never claim to be perfect! I should probably put it directly on the apple slices while they’re still in the bowl…

I use a pastry blender or a fork to make the topping. Just kind of ‘cut it in’ (I think that’s the cooking term) until it is in little balls. I use a whole stick of margarine. The recipe I have says to sprinkle the topping on the apples, but I just dump lots of it on, using my hand around the edge to keep it from falling off!

Next time I make this, I’ll have to use your suggestion, and put sugar on the crust before I put
the apples in. Oh – it also says to bake in a preheated 375 degree oven for about an hour. I usually have to put it on broil for a few minutes at the end to brown the top. I often forget about it and do it for too long, but I don’t recommend it! I also have made ‘apple crisp’ with this recipe, just putting the apples directly in a casserole dish instead of using a crust. It’s great when you have apples sitting around and don’t have the time or desire to buy or make a crust.

I’m sure you’ll make your own modifications when you make pies. Have fun with it – I’m sure they’ll be good.Also, don’t forget I have one in my freezer for you! I hope to be able to give it to you soon…

How can you easily make mouth watering chili with minimal clean up? 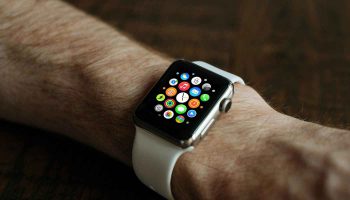