I like to plan things out. I made a list of things to do before leaving on a trip and saved it in a Word document; now I always print it out about a week before I’m going somewhere so I can work on things ahead of time. I have detailed information about preparing holiday meals – shopping lists, step by step instructions, menus… Things like that. As much as I like to prepare for things like holiday meals and trips, I like to be spontaneous when it makes sense to be. Sometimes the best experiences you have in life are totally unplanned.

We recently went on a trip. I had several things planned out for the weekend, including attending a family reunion. We had our list printed out, dutifully crossed things off the list, and had everything packed and done. The day of the reunion, we got ready to go. It was already later than we had planned, but we were finally on our way. We all love to take pictures, and do so often. We were trying for different shots as we were going along. There’s one house we pass that has chickens. We’ve taken pictures of the chickens before. This time, I noticed a sign that read, “Farm Fresh Eggs For Sale” at the end of their driveway. I mentioned to my husband that I tried to get a picture of the sign. I also said that we’d have to make sure to stop there on future visits to that area in order to buy eggs. When he heard there were fresh eggs for sale, he pulled over into a parking lot at the side of the road so he could safely turn around. Well, we did have a cooler bag with an ice pack inside…

We pulled into their driveway, and my son got out of the car to knock on the door. I guess they didn’t hear us right away, and before long, we all got out of the car. My daughter and I wanted to see the chickens up close. While we were walking to the side yard to see them, the woman who lived there came out. The eggs were only $1.50 per dozen, which we felt was a really good price. My husband bought two dozen. My daughter and I walked around to the back of the house, and we were happy to see all of the animals. After we passed the chickens, there were some little pigs in a pen. True to the stereotype, they were rooting around in the mud. Then we saw an unusual looking duck with an adorable fuzzy duckling! There were some other ducks, a goat, some cows… it was a real farm! By that time, we were on the other side of the house, and I saw my son petting a tiny kitten. I heard something, and turned to look. I saw some more kittens, but what I heard sure didn’t sound like a kitten! It sounded kind of like a bleat, and I’ve never heard a kitten bleat. Then I noticed the baby goat! It was so cute and energetic. It was walking around, bleating, and occasionally jumping. I had the opportunity to pet it as well as the kittens. The lady said its name is Tootsie. It’s mom had rejected it, so they were bottle feeding it, and keeping it as a pet.

We weren’t there very long, but we all thoroughly enjoyed the time we had. The woman was so sweet. When my husband mentioned Africa, she told us her son had gone on a mission in Sudan. My husband asked her if she ever thought of going to another country. She said she always thought she’d be a world traveler, but then she had moved to another state, didn’t like it and ended up moving back to Pennsylvania. She realized then that she wasn’t a traveler.

We thanked her for the eggs and told her how much we liked meeting her and seeing her animals. She offered us a kitten, but I explained that it wouldn’t work out since we were headed to a family reunion and then had a long trip home. We’ve decided to stop there from now on when we’re out that way.

Note: the eggs we bought are absolutely delicious! They’re also very pretty – different shades of brown. I wish we lived close enough to buy them all of the time! 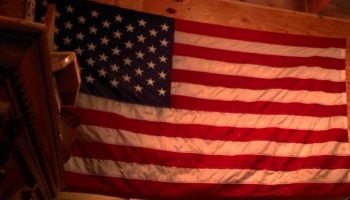