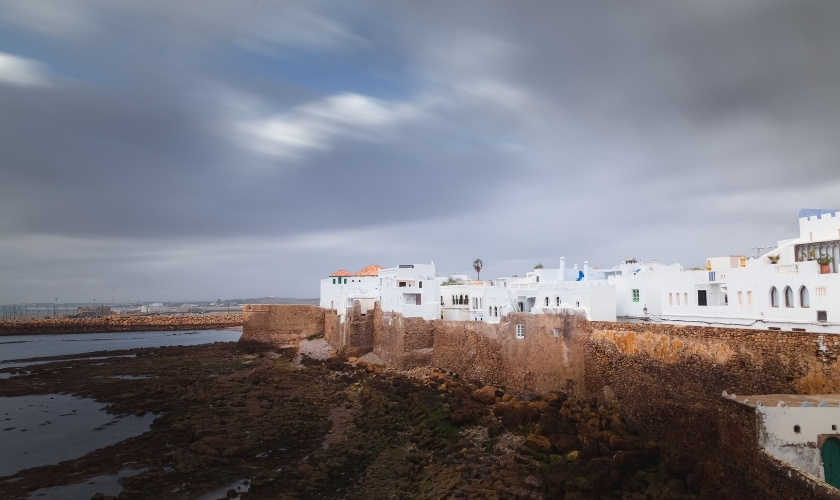 My childhood memories are the best they could be; perhaps I remember most of them. It’s like this old storybook that you only find in an antique shop that mesmerizes you with its look; you never expect anything good to come out of it, but it ends up being quite the opposite. It is really fascinating to realize that you were a child once, creating the most favorite and vivid memories of all times. I can pull out those memories and recount them like it was yesterday. Since I grew up in a big family, my favorite stories are of course with my brothers and sisters. You would have to spend a thousand years to listen to a portion of them and you’ll never get enough; they are funny, silly and most of them are really interesting. When I first heard about this website, I was very excited and in the same time puzzled trying to think and decide which story among the many I have to share that would fit best. I decided I could rely on the summer vacation times because of course that will fit perfectly in this section.

During my childhood, I would spend about two months every year during the summertime up north at a family home that is only about five hundred feet from the Mediterranean Sea. It was something that everyone was hoping to experience and looking forward to every time. My parents were no matches for our energy. We were like ducks in the water; we liked to run, jump, fight and sometimes cause trouble like many other kids of our ages. I have three brothers and two sisters that not only were the problem creators at times but also were my best friends; I can barely believe how we became today. Though my brothers and I had different personalities we had so much in common. My older brother was shy and quiet, he liked to have a plan before doing anything; I didn’t. He and I grew a bond together as we got older and spent more time talking to each other; he can understand me and I can be myself around him. My younger sister was always bragging about how cute she was and how she wanted to become a model. She referred to her self as “La Belle” which means “beautiful” in French. I didn’t care what she looked like; I just couldn’t wait for the summer. We had been going on vacation together for as long as I can remember. My parents got along very well and my brother was very supportive to whatever I was doing. My sister on the other hand was as busy as someone can be, from trying clothes on to doing makeup to phone calls, she couldn’t figure out what she wanted, but I did.

The summer days were always something to look forward to, especially after a long year of hard work and school activities. Every summer my family finally decided to get moving and start packing for the trip. Before we knew it, we were on the train heading to the beach house. We arrived after four hours and forty-seven minutes to be exact, to finally face the most mesmerizing beach in the world, Asilah Beach. It is the ideal spot to disconnect from everyday stress, and find yourself not thinking about anything else but wonderful moments. I could never get enough of that place; it is just beautiful. I found myself swimming with my jeans on a couple minutes later, which didn’t make sense to anyone but me. I know how much I missed it and it was very obvious that getting out of the water was going to take a while. I used to swim for hours, so far from the beach that I could barely even see the land. It’s so different when you are in the water. You feel joy, happiness. The water is so clear and blue, and calm too.

When I wasn’t in the water, I was playing soccer with my friends and family, and anyone else who wanted to join in. There is usually a tournament – people come from all over the country to swim and have fun, and there is this tradition of everyone playing soccer to see who was best. It was an informal event, having fun, playing, and getting to meet new people. Addresses and phone numbers were exchanged. After a while, you got to know many of the people, and would see them year after year. Sometimes we would play volleyball, but I wasn’t really ever good at it. Sometimes you could pay to ride the camels. Like in New Jersey, there were men selling ice cream along the beach. Unlike New Jersey, there was no fee to be there! Sometimes, there were people selling soccer jerseys, bracelets, various craft items, necklaces, or other items

After a wonderful day swimming which lasted a couple of hours, my brother and I headed downtown for some food and activities. I still remember everything like it was yesterday. Every house in this small town has matching colors of blue and white; it’s the culture, I guess. Asilah is a city that was built originally by the Portuguese, and the remains of the ramparts surround the whitewashed medina and each year there are plenty of arts festivals that bring visitors from all over the world. The beach is next to the medina, which makes it very easy for everybody to have a nice walk on the coast at the end of the day.

Every year, the city held one of the most well known exhibits sponsored by the Ministry of Education, where people can display their art and get recognized by the community. My brother and I used to go there every day and stare, mesmerized, for a couple of hours at the pictures. After a long day looking through art exhibits and the wonderful old city, we usually headed to the café to relax a little bit, and talk about the day. People would have picnics on the beach. Often, people would share what they had, or at least lend it to you. One of the best things to buy there was the begnier (pronounced bin-yay), a fried dough covered in sugar, a sort of doughnut-like dessert.

At night, you could hear the gnaoua music that came from the old castle. Gnaoua music is a traditional old music that came from the south. It’s a two-person composition. Both people play an instrument and sing in a strange African language. Different groups would be in different spots, but since they played and sang quietly, it didn’t get to be overwhelming. It was very calming, and once you’re there, you don’t want to leave.

After a long and tiring day, we headed back to the beach house. Looking at the clock, we’d be surprised to see it was about 1 in the morning. The enjoyment would make us unaware of how quickly the time would pass, and how late it had gotten. It was too late for dinner. We’d go outside to look at the water beckoning us back the next day. But first, time for sleep. We put a tent in front of the house, which took a long time, because we always forgot to do it during the day and it’s difficult to do in the dark. Only my brother and I would stay in the tent – the rest of the family would go back into the house. The sounds of the ocean would be very calming, and would make us quickly drift off to sleep. The sounds of the waves were reminiscent of the gnaoua music we had been listening to not much earlier. We wouldn’t hear it very long though – we would quickly fall asleep from sheer exhaustion. We’d sleep until about lunchtime the next day. We’d wake the next day, and the redness of our skin made us realize we had once again forgotten to use sunscreen the first day. We’d have our breakfast (yes, at lunch time) – usually baghrir (a type of pancake eaten with butter and honey) and sweet mint tea. Before we even finished eating, we’d already hear the knocking at the door and yelling from the other kids, who were eager to start another day of swimming and soccer.

Perhaps now you can see why I chose this specific experience to share with you and I remember telling my self that being at that specific part of the world is everyone’s dream; I couldn’t be happier about how wonderful my summer times were. I got to meet so many people, and witness so many majestic views and events that will last in my memory forever.