It’s still winter, and according to the groundhog, it’s going to be around for a while. As usual, people have already started to think about warmer weather. I’ve started seeing posts online about sun and sand. Most people like to go to the beach to play in the ocean, or sit and get a tan in the sunshine. It’s amazing how crowded it can get! When I was younger, that was our yearly vacation – a week in a cottage at the beach.

We don’t go to the beach (“down the shore” as they say in this area) very often. The kids don’t really ask about it much, and I’m not a big fan of a hot, sunny beach. When I was a teenager, I found out my own way to enjoy the beach. One summer, I would wake up really early; still dark outside early. I would go to the beach, and take a long, long walk along the water’s edge. I loved to watch the beautiful sunrise as I walked on the outer parts of where the water would reach as the waves crashed. My feet and legs would get wet, but it rarely even reached halfway to my knees. There were very few people out at that time. It was only a little warm, never hot, and bugs weren’t a problem. Soon after the sun came up, I’d go back to the cottage and stay there for hours to read and relax. I often took a nap in the middle of the day. It was so hot and crowded then, anyway, so I didn’t want to go out. I didn’t like walking on that super-hot sand that burned your feet no matter how hard you tried to avoid it!

The other special time of the day was late in the evening, before it got really dark. I loved to go back down for the second long walk of the day. The crowds were gone, the temperature was perfect. The sunset was just as beautiful as the sunrise. The water felt warm on my once again bare feet. The sand cradled and caressed my feet with every step.

There’s something magical about those two times of day at the beach. The calm and quiet was restorative to my mind and soul.

I don’t really have the opportunity to do that anymore. The times we do get to go, it’s just a daytime trip. I don’t even know if they allow people to be there at dawn or dusk, even if we could go then. So, when we are there, it’s during the day when it’s hot, sunny, and crowded. Those are most popular times, but my least favorite ones.

There were some times we went that were almost as nice, though. Some years ago, we went two times in mid-January. Not a typical January – it was close to 50 degrees. Not warm enough to go into the ocean, although we did take off our shoes and hit the edges of the water. No one else was around. It was a rare opportunity, and I’m so happy we grabbed it while we could. 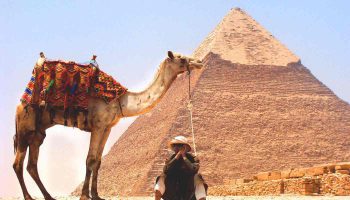 Desert Survival: Simple Tips That Could Save Your Life