Thinking way back to when I was in my early 20’s … I decided to enter the Minnesota State Fair Talent Contest for only one reason: To see what it would feel like to perform in front of several thousand people. I was not nervous. As a matter of fact, I couldn’t wait to entertain the crowd.

I can still remember the black pants I wore with a thin gold stripe going down each side. My spaghetti-strap top had just enough of a shimmery gold to catch the bright, dancing lights above me. I felt great. Then the good-looking, witty announcer introduced me. As I walked out on stage, he said “Ladies and gentlemen, let’s give a warm welcome to Rose Gibbons, singing and playing to “Mean to Me.”

One of the questions on the entry form was “If a movie were to be made of your life, what would you call it?” The announcer continued on with my introduction “If a movie were to be made of her life, Rose would call it “Sax Fifth Avenue.” It got a big laugh from the crowd. The back-up band was about to play … until the announcer interrupted them. He said “Look! There’s a good-luck, Rose” sign out there. The good-luck sign was made up by my good friends and co-workers from the law firm of Winthrop & Weinstine. It was then that I felt like a total rock star.

The band kicked in, and I began to sing. I noticed the smiling faces out in the crowd … and I felt on top of the world. Then I broke into my tenor sax solo … The crowd went nuts! I finished off my sax solo and came back in with my vocals without skipping a beat. I then ended the song with a big crescendo. The other contestants were all really good … Believe it or not, I was cheering them on.

I then advanced to the finals … which turned into more of a competition for me. I wanted to win the grand prize in a big way … so much that I psyched myself out. I couldn’t believe how nervous I was to get back up on that stage. I didn’t perform poorly. I just didn’t play from my heart and soul like I did the first night. As you can probably guess by now … I did not win (ouch) … The head judge could see my disappointment … He came up to me and said “Honey, you did well … But if you would have done as well as you did the other night, you would have won the Grand Prize.” He, of course, was trying to make me feel better … but it stung …

In reminiscing about this experience … another “big picture” moment came upon me. As many of you know, I have paid my dues both as a musician and as a songwriter. I very much believe in my original song “All About to Change.” I firmly believe that somebody like Carrie Underwood would knock it out of the park. I have been to Nashville, I have made changes to the song, I have done a lot of networking, I have tried several different angles … always with a sense of urgency. While I still continue to work hard at my goals … I carry on in a much more relaxed way.

Instead of praying everyday for my music to be successful, I now wake up every morning and thank God for the many blessings that he has already given me … I trust God … (Oh, I still ask him for that big break … but it’s more like a vision that I share with Him. Much like my first run at the talent show, I’m having a lot of fun with my musical talents and ambitions. Ever since I’ve changed my ways, things seem to be happening a little more for me. I have this great new website, I was recently interviewed on KFAI Radio and they played “All About to Change,” there was a nice write-up in the local newspaper about the band, Armadillo Jump, the band won first place in a Battle of the Bands competition … and now the Country station, Bob 106, is going to be playing both “All About to Change” and “Big Picture Window” on their station every so often … There’s a natural flow taking place … and I like it … 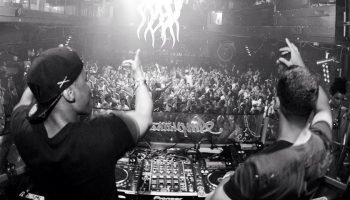 Do My Friends Truly Know How Much I Appreciate Them?

A Message Of Peace & Hope